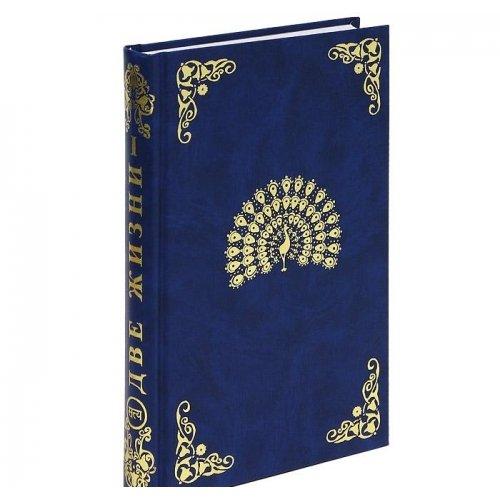 My translation of favorite sections:

“All the help, which you can encompass in yourself, is given to you from ME through the Brotherhood of Light. By listening to Me and servants of Mine, Brothers of Humility, carry your day not as if it is a feat…” (other translations: accomplishment, gest)

“let’s get into the contemplation of the individual life of a person [human], who is receiving their mission from the Lords of heaven.

With these words my Teacher sat me at another table, right next to the furthest wall from us, and he forced the flame on a tower [statue] of a completely different shape, which was ending on the top with a pentagonal star, perhaps, slightly smaller in size.

– You get the opportunity to clearly [demonstratively] be convinced, that there is no death, but there is only the way of eternal life and eternal work. Let us take a look [descry] also the way of eternal perfecting of separate people …  of Great Teachers, who direct with the help of the whole Brotherhood of Light the perfecting  [improvement] of all people of Earths, – there are seven [of them all together.] These are only the main phases [stages], inevitable [unavoidable] in the evolutionary movement for each [every] human consciousness. The whole world is divided into seven greatest sectors. And in each sector burning with unquenchable [inextinguishable] planetary Fire [flame] its own tower. Tower includes [encompasses] in its sector not only the spirit of people, but also the spirit of all that is living – sentient or insentient [inanimate], using contemporary terminology, that is moving actively and relative to Earth.

You already know, that not only in the world of Earth, but also in all of the universe there are no such places, where rules complete rest, there are none. Everything is moving independently from whether your sense can perceive this movement or not. Right now you will see one of the towers of the earth universe and there you will distinguish [pick out] those light rays, which usually your eyes of physical vessel [conductor] can not perceive.

Lord gave me in my hand some sort of, kind of made from glass, plate, he explained to me, that I am sitting on a chair, which does not conduct the energy of Fire, and strictly ordered me not to move and not to express in a form of any shouting my feelings, even if I will be stunned by something.

I collected all my attention. Lord hit the tower with a not large, but probably extremely heavy hammer. Then started falling(s) of the most varied sparks, multi-colored, and multi-shaped, the walls of the laboratory itself disappeared for me, and I again started seeing all of the universe and recognize myself as united with its Light.

I saw – can not tell if far away, because the distance and time for me disappeared – a tower, which was inflamed [burning] with white fire on Earth and raising in that flame in the skies, all of it everywhere filled with shimmering Light. The size of this tower was greater than any human concept [imagination]. Elbrus of Caucasus, which I saw more than once, was simply a small wart compared to the giant white tower.

Among the mighty white fire there were inserted, as if very small rays in the powerful white illumination, there were sparkling transparent lines and circles of navy blue, green, yellow, orange, red, and violate flames. But what rays [flames] were those! I never assumed, that flames of light can burn in such large quantity! If I could compare them with anything, it would be those flames in the multi-colored tall chalices, which I saw on the table-altar of I. and Francis.

– You take a more careful look, — Lord said, as he was lightly touching my crown [third eye]. – Maybe, you will see someone well familiar to you.

My vision cleared up even more, and I saw hugely sized figure [portrait] of Ali [El], as if heading the whole tower. From his image, which was sinking in the white flames of the tower, was expanding a glow at such a far distance, as far as my eye could encompass. This glow was sliding with rays and huge circles, vibrations of which were un measurably beautiful. Many subordinates and co-subordinates of Ali [El] transparent spirits rushed in all directions of the rays, carrying everywhere activity and harmony.

The closer toward Earth light shadows descended, the darker and thinker the rings of them became, and finally very close to Earth they located into stable channels, through which there were pouring and separating into uncountable dots lightning bolts of thoughts of Ali, inspiring people-creators, who developed in their spirit the gift of courage and power. All thoughts of Ali, rushing toward Earth, had the shape of shining, charming, most varied forms of beautiful lightning bolts.

– You are seeing the Lord of power for the earthly universe, as direct servants of whom we are now living on Earth. Therefore the Teacher I. called us Lords of power. This great selfless servant of Truth starts the first ring of our freeing. From his ray of power will begiven to each of you the gifts of enlightenment, with which you will leave this place and go into the world to help create his new race, the driver and keeper of which will be this servant giant of Truth. In this ray live those workers of Earth, whose faithfulness and love reached unshakable power and became unswerving [steadfast].”

Read this book in English

25 Art Works from Archangel Michael Flower of Rainbow, acrylic and gel (12x12in), 2020, 470$US The work around this flower of life-like art was conducted in several stages. It contains […]

Dr. Nina Soyfer. Art Information. 25 Art Works from Archangel Michael The energy of this Archangel of Love and charity is infused into the art. As you meditate on it […]

A more modern look at the research in human neuroscience, at human abilities of the mind and intelligence of the heart reveal interesting phenomenon, in part studied by the HeartMath […]

A Piano Solo piece published by CMC. Click here for score . Premiered by Morgan Page in 2018.

These children smile with purity as they truly enjoy playing. This work is meant to bring out the smile in its viewer. Prints are available. Please contact Nina Soyfer using […]

After a hiatus from visual art, Nina restarted painting as a teenager after being inspired by her intense experience of music studies focusing on great composers like Frederic Chopin, Felix […]

The Spirit of Nature is the lady with green hair on the right touching the child (green girl) on the left, both horizontal. This represents the connection of nature with children […]

Dr. Nina Soyfer is a professional actress trained and professionally established in TV and Film, and Theater, as well as musicals and other performing arts related to acting. Her performing […]

Sunlight is the powerful explosion of golden and yellow light that we express like the Sun when we are in our optimal state. Luminous, inspiring, glowing – these are the […]

Artworks Red Sunrise is created for and dedicated to the beauty of our colors around us. Making things  a little more colorful in a boring space is what it was […]

‼️Released the music video for my new song “It’s For You to Breathe” 🎶Have you watched it yet?‼️

Alive is an original song composed by Nina Soyfer. It has a published score, released by CMC – click here for score. Below is the official music video and premiere […]

Christina Petrowksa Quilico is an artist who has exhibited her paintings in New York and in Canada. Her art was featured on the cover of her double CD “Visions” and […]

It is so great that Veronique continues to enjoy arts and has a little gallery in her home – keep going Veronique.